Posters put up in the streets of Saint-Malo, Rennes, Paris, Clermont-Ferrand, Dijon and Besançon, in solidarity with the comrades Kara and Krème, still incarcerated in Fleury-Mérogis for the case of the cop car that was burned on the quai de Valmy on 18 May 2016 in Paris. 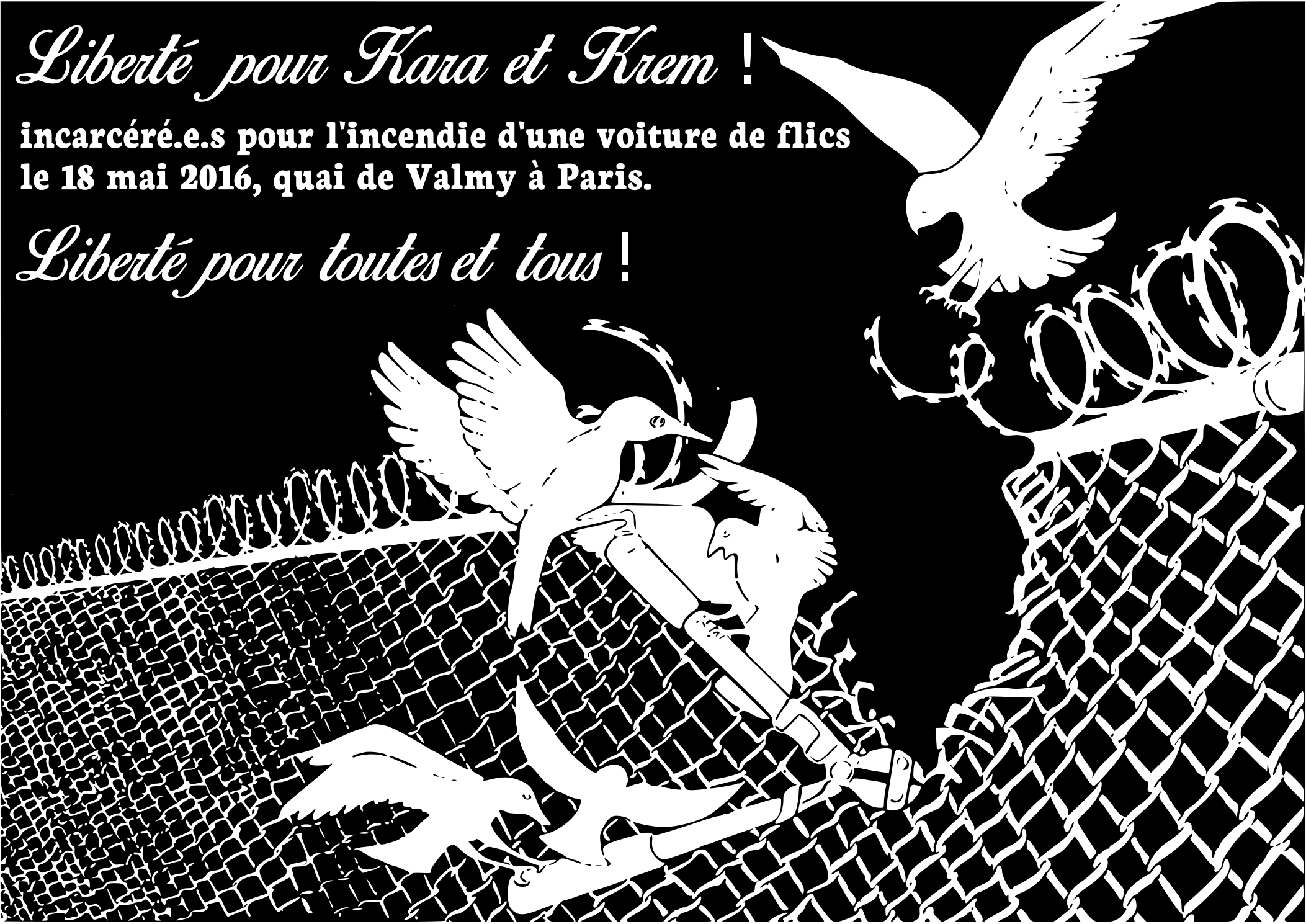 Spring 2016: the rage in the streets shakes this resigned country, as has not happened for more than a decade. The umpteenth law that shortens a little more one of our many chains – wage slavery – is the drop of water that makes the vase full of exploitation, state of emergency, all police power, paranoia, virtual life and future promises that look too much like this dreary present. The cities of France are criss-crossed by devastating demonstrations, small moments of life are built on the destruction of what oppresses us every day.

On May 18th in Paris, a wild demonstration responds as it should to a rally of cops complaining that everyone hates the police. A screen-printed car of the cops is attacked, its windows broken, one of the cops takes a few blows, then the car goes up in flames. Immediately thereafter, and during the ensuing year, nine persons are charged for this joyous bonfire. Some of them have spent long periods in prison, while another remains untraceable for Justice. All will go on trial in Paris from 19 to 22 September.

Our thoughts go to them in particular because we share with them the dream of a world of freedom, in which the police, as well as all authorities, all obstacles to the full and indivisible freedom of each individual, would be no more than a distant memory.

Because the police serve the rich and the powerful, and that is the reason for their existence.

Because there can be no nice police. The police humiliate, lock up, rape and murder every day.

Because many of us detest the police, not always out of love for the freedom of all.

Because a blazing cop car is a good start, then let’s continue the hostilities!

FIRE AND FLAMES AGAINST THIS WORLD OF AUTHORITY!

FREEDOM FOR KARA AND KRÉME,