JCDecaux – scum of the earth 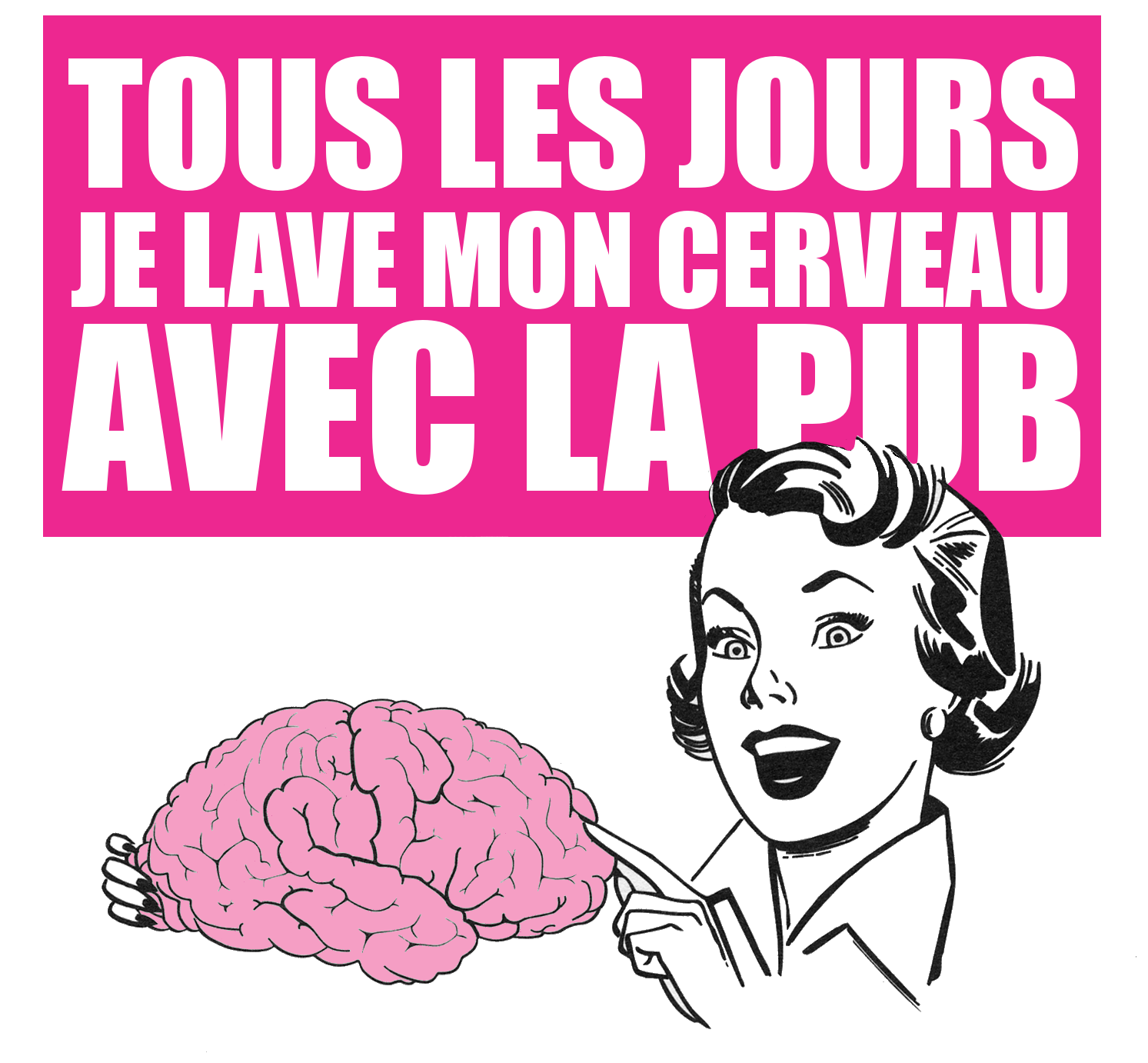 The industrial group JCDecaux is known above all for having enriched itself from advertising from the middle of the 1950s onwards and then by extending its scope of activities in several aspects of the workings of capitalist and state domination.

In exchange for installing bus shelters for municipalities for “free”, JCDecaux has carte blanche to invest, in the towns or on the outskirts, in bright inserts and screens – big and small – in which spread thousands of cubic meters of posters and advertising spots. Its work in lobotomising people’s brains is recognized as a “public utility” by the state.

Almost all the main cities of France (Paris, Marseille, Toulouse, Lyon, Strasbourg, Dijon, Nantes …) as well as Besançon are under contract with JCDecaux. Its empire stretches throughout Europe and the world: the firm gets rich through its displays in stations, airports, public transport, shopping centres and centres of tertiary activities in over 60 countries worldwide. In addition to being a showcase for this world of exploitation and oppression, the “street furniture” is obviously used as a propaganda tool by the local town halls and companies working for the proper functioning of society: whether to conduct campaigns against “incivility” in transport (mainly targeting fare dodgers), to promote subsidised cultural evenings contributing towards embourgeoisement or to instill obedience and servility in the population.

Nearly 10 years ago, the company threw itself into the commodification of the “free service” of bicycles . This Greater Urban transport service is presented through its company marketing campaign as being sweet and ecological. As often regarding our movements within towns and cities, whether carried out by tram, bus, subway or car shares, the JCDecaux bike does not escape the social control and information gathering about those who use it. The GPS system built into each bike [this is not the case for the Velib ‘in Paris; NdAttaque] and the personal details of the individual required so as to be able to subscribe to these bikes bring together a wealth of information for the multinational database, such as consumption patterns and locations being visited (see footnote below).

What about the production of these bikes?

The construction of these rental bikes is provided by ‘Lapierre’, a subsidiary of the Dutch multinational ‘Accell group ‘. The headquarters of ‘Lapierre’ is located in Dijon (8, rue Edmond Voisenet). But it’s in Hungary, specifically in the city of Tószeg, located 120 km southeast of Budapest, that JCDecaux produces its rental bikes … and cheaply: in fact, the company exploits the workers for two euros hour, or 354 euros per month. They work on average 5 days a week for almost 8 hours daily without interruption.

Launched in September 2007 in Besançon, the ‘velocity’ (to call it by its local name) [TN: ‘vélocité’ in French is a pun – ‘vélo’ means bike, ‘cité’ means small town – and the 2 together mean, as translated, “velocity”] is intended to attract a trendy and affluent population, which vibrates to all that is soft transport (this is also the selling point for the tramway). It is not by chance that the installation of bike stations (30 in total in Besançon) happens within neighborhoods that are being upgraded and in the process of gentrification. At the end of April 2015 in Besançon, several ‘vélocité’ stations were removed to be redeployed in areas of hotels and shops and close to the tram stops, as in ‘Chaprais’ or in ‘Fontaine Argent’, where new condominiums for the rich are being developed. Linking soft transport (tram, ‘vélocité’ and car sharing organised by the company ‘Citiz’) is a source of profits for developers and planners. The popular areas on the outskirts of Besançon, such as ‘Clars Soleil’, ‘The 408’ or ‘Planoise’ were deliberately avoided by the multinational. Because it takes at least 150 euros in your bank account and other fees to use it. So it is no wonder that the poor in large cities (Paris, Lyon, Toulouse, Marseille …) feel a strong hatred for these products of green capitalism, the theft and damage of which increase annually by several thousand euros.

JCDecaux has found a solution: get minors (or not) who are indicted for theft / damage of its bikes to do Community Service work. In collaboration with the PJJ [Protection Judiciaire de la Jeunesse – the branch of the Ministry of Justice concerned with non-adult “crimes”], the judges and juvenile judges, the company enjoys the blessing of the state, which recognizes its bicycle system as a “public service”. The multinational officially participates in programs of “rehabilitation” for prisoners and profits from legal measures such as “penal reparations” and “alternative punishment”. In other words, people convicted of damage serve their sentences working 6 hours a day for free in the repair shops, which are managed by its subsidiary ‘Cyclocity’. This constitutes a capital interest in the company but also for the state which allows it to economise on judicial procedures and to reduce the congestion of its youth prisons (EPM, CEF, ERC ..) [TN note: EPM : Etablissement pénitentiaire pour mineurs – Penitentiary Establishment for minors; CEF : Centre éducatif fermé – education centre for pirsoners; CER : Centre éducatif renforcé – further education for pirsoners] Any prisoner who works behind bars is already paid a pittance (between 20% and 45% of the minimum wage). But in this specific case, there’s a word for this exploitation: slavery.

Advertising, prison and capital exploitation leaves no room for debate and discussion. Going on the attack and sabotaging these facilities and these infrastructures is a way to break free from the chains of this society a little bit more . JCDecaux, which is present almost everywhere in diverse forms, opens up enormous possibilities to harm its dirty work.

Here is a chronological list of multi-faceted forms of destruction against JCDecaux recently. Of course, it is far from complete, given that the figures of the damage done are provided to us by the media (and are often in reality higher):

– May 7, 2014, Paris: 80 Vélibs have their tyres let down along with three vans and a truck from the municipality of Paris who collaborate in the exploitation of prisoners.

– May 20, Paris: “453 Vélibs have their tires slashed in several districts. Ditto for 5 commercial trucks and 3 lorries belonging to the Town Hall. This attack represents a drop in the ocean of the 8000 attacks they suffer on average per year over the capital. ”

– November 8, 2014, Besancon: twenty “velocity”s are put out of service by punctures.

– November 23, Besancon: 11 bus shelters and its ads are shattered in mid-afternoon on the outskirts of the city. Unfortunately, a person is arrested.

– Nov. 26, 2014, Besancon: around 1:30, a man chooses to treat his “depression” by smashing three bus shelters on Blum Avenue. He is unfortunately arrested and put in a police station cell.

– February 8, 2015, Bordeaux and its suburbs: 45 advertising panels are destroyed, making 90 to replace windows for the company. Tags against the ads are written on street furniture.

– May 2015, Besancon: thirty “velocities” are punctured in solidarity with the rebels of ‘Planoise’ and ‘408’. [reference to constant attacks on riot cops, BAC etc on estates in Besancon in May]

– May 27, 2015, Paris: a ‘JCDecaux’ van goes up in smoke. Incendiary sabotage is carried out in solidarity with anarchists jailed in Spain.

– End May / early June 2015, Toulouse: bus shelters and advertising are the target of “regular destruction” on the road to TOEC [sports club]. No figures for the damage are reported by the press.

– Mid-August 2015 Aurillac: during the famous international street festival, about sixty ads and shelters were smashed by anarchists.

– Between 2010 and 2013 in Besançon, no less than 800 acts of destruction were identified by the city against the bus shelter advertising panels and JCDecaux. The damage amounts to more than a million euros.