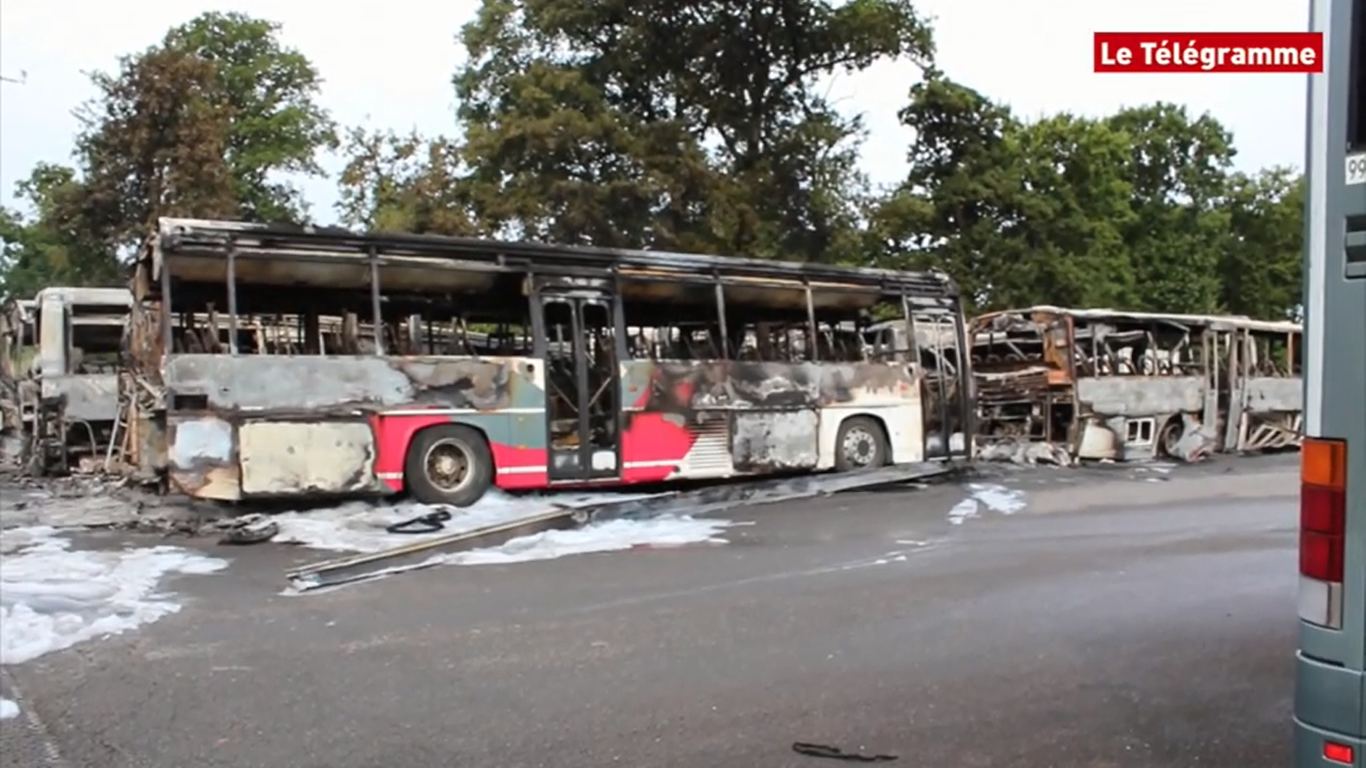 Monday, August 17, 2015. In the night from Saturday to Sunday, around 00.40 firefighters were called to a raging fire in the warehouse of the Keolis company (private operator of public transport [belonging to the SNCF group]), rue de la Libération, in Saint-Guen (22). 45 firefighters from Loudéac, Mûr-de-Bretagne and Saint-Caradec worked all night to control the fire. The gendarmes of Mûr-de-Bretagne and Corlay quickly joined them. Thirteen cars, to the left of the parking lot were destroyed by fire, in a total of about thirty vehicles. The cars parked on the other side were spared thanks to the diligence of the firefighters, and a nearby fuel tank. No casualties were reported.

Mickaël Dabet, mayor of the town, was called around 1 am and immediately went there with another councillor: “It was very impressive. There has never been a fire of this magnitude in the municipality. The firefighters arrived promptly.” EDF officers also intervened to cut a medium-voltage line that passes over the building for safety reasons. One hundred of the nearby households were without electricity during the procedure. Around 6: 30 pm, the fire was under control. The last fire engine returned around 7.30am. The criminal brigade of gendarmes visited the scene yesterday to investigate the causes of the fire, the origin of which is still unknown.

[Translated by Act for freedom now!]